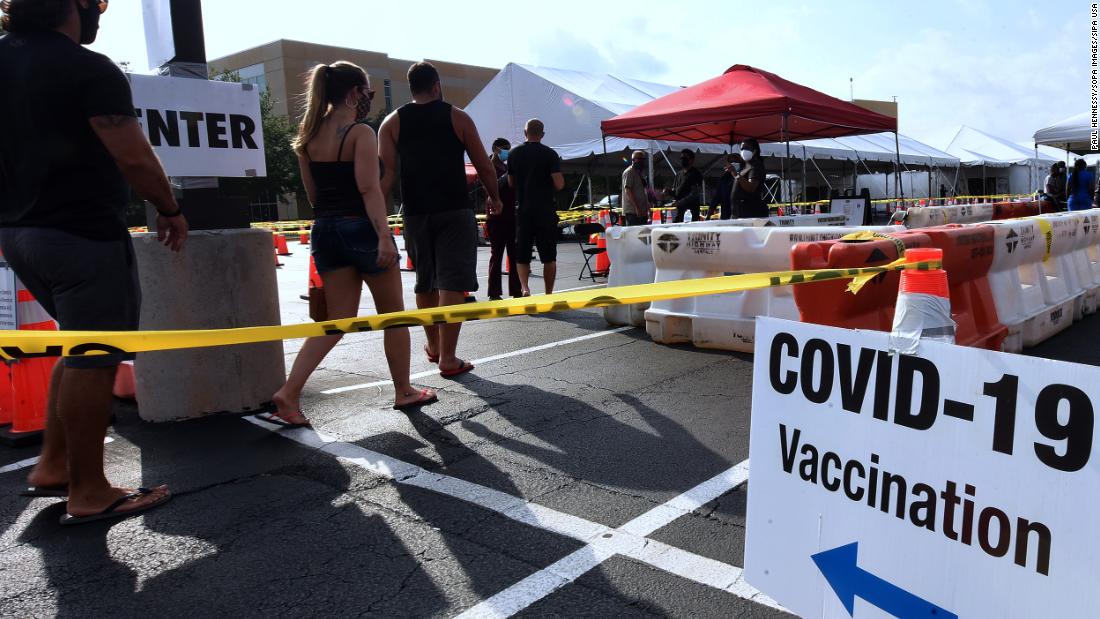 “We also need better capacity, because there is a reasonable probability that another serious pandemic which could be worse than Covid-19 will occur soon, perhaps even in the next decade,” Eric Lander, director of the White House Office of Science & Technology Policy, told reporters during a telephone briefing.

The White House plans to start funding the new plan with $ 15 billion from the budget reconciliation package currently going through Congress, with the long-term goal of appropriating $ 65.3 billion over seven to 10 years. .
Those responsible for the call have repeatedly compared the plan to the Apollo space missions in its ambition and scope. The plan, they said, also draws lessons from the Obama-era pandemic playbook as well as the past year and a half of fighting Covid-19.

The plan has five elements. Beth Cameron, special assistant to the president and senior director of the National Security Council for global health security and biodefense, joined Lander on the call.

The first objective of the new plan is to “transform our medical defenses” by increasing the country’s capacity to develop vaccines and therapies against future biological threats. Second, “ensuring situational awareness” by developing a more robust early warning system and real-time surveillance.

The third element of the administration’s plan is to “strengthen public health systems” by modernizing public health infrastructure, prioritizing communities at risk, and establishing international infrastructure and funding for pandemic preparedness. . The fourth element is ‘building basic capacities’, which means properly stocking and developing personal protective equipment and expanding the country’s supply chains. This will include increasing biosecurity and improving regulatory capacity to support vaccine and treatment development.

The final element of the plan centers on establishing a national, unified mission control “to manage, integrate and hold responsibility for all aspects of the US pandemic preparedness program.”

“I think they’ve identified most of the key issues,” Dr. Eric Toner, senior researcher at the Johns Hopkins Center for Health Security, told CNN. “If they invest serious money and, more importantly, sustained commitment, maybe we can make real progress.”

Toner noted that many medical and national security experts have focused on pandemic preparedness for 20 years or more, but said much of the attention and most of the funding fizzled out in 2009. , when the H1N1 swine flu pandemic was less severe. that feared.

“The Obama administration has turned its attention to other huge national issues,” he said.

“And the Trump administration has gone further and devalued preparedness efforts,” he added. “All of the public health infrastructure has been neglected.”