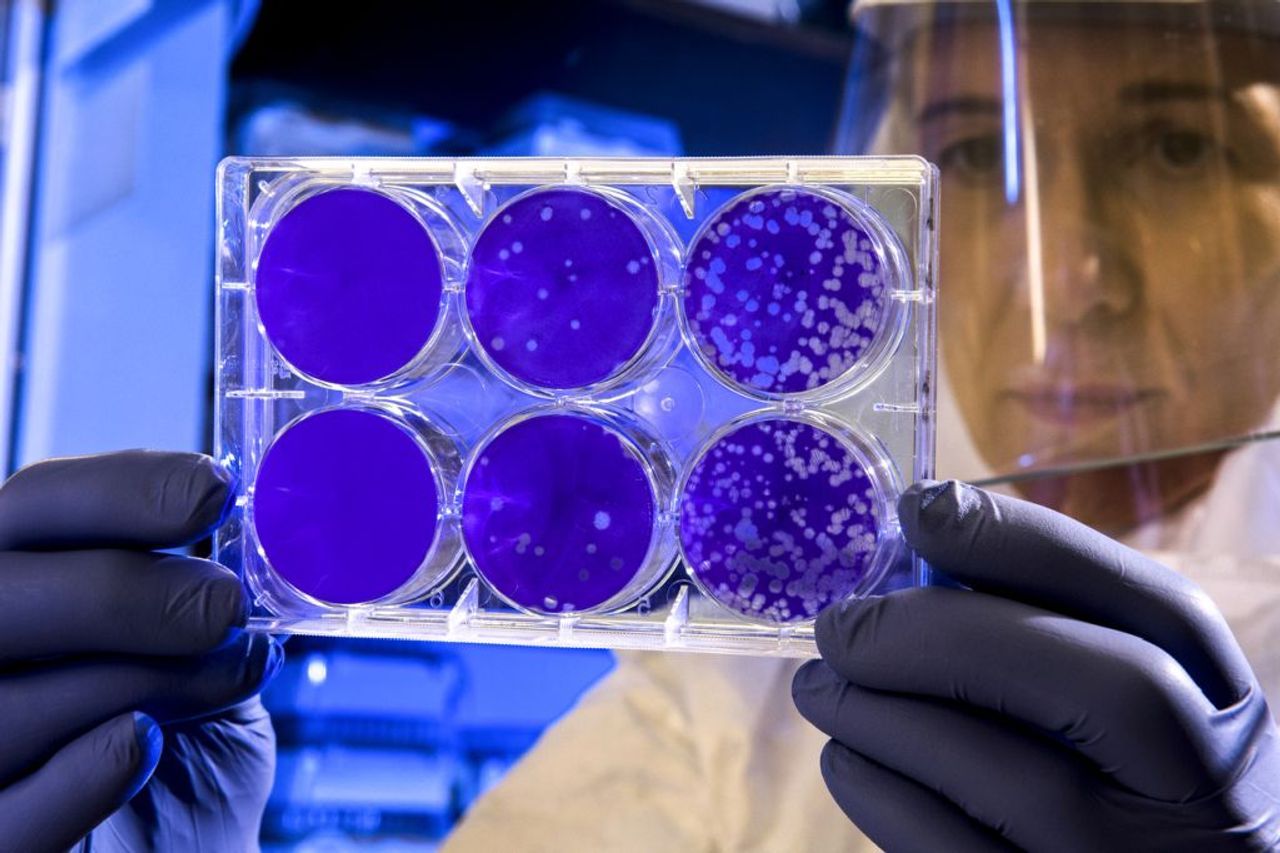 This week, the World Health Organization (WHO) announced the presence of a fifth variant of interest called “Mu”, designated by the alphanumeric code B.1.621, with several characteristic mutations that make it more resistant to vaccines. .

It was first identified in Colombia in January 2021. Although the global prevalence of the Mu variant remains low worldwide, it accounts for 39% of all strains sequenced in Colombia and 13% in Ecuador, and its frequency n ‘has stopped increasing.

The designation “variant of interest” means that the new version of the virus has genetic markers suggesting a potentially increased ability to infect or increased resistance to vaccines, but it has not yet reached the level of “variant of concern”. which in fact demonstrates increased transmissibility, lethality or resistance in the field.

In addition, scientists in South Africa have announced that they have detected a new variant referred to as C.1.2, first discovered during the country’s third wave in May. Although the strain was not designated a variant of interest by the WHO, it has spread to Africa, Asia, Europe and the Pacific in nine countries, including China and New Zealand.

C.1.2 appears to harbor a large number of mutations with an unusually high mutation rate, which makes its follow-up important. News week wrote: “It was found to contain many mutations found in all variants of concern (COV) and three variants of interest (VOI), as well as additional modifications in RBD NTD (C136F) (Y449H) and adjacent to the furin cleavage site (N679K).

The pre-print study noted: “Like several other VOCs, C.1.2 accumulated a number of substitutions beyond what would be expected of the background rate of change in SARS-CoV-2. This suggests the likelihood that these mutations arose during a period of accelerated evolution in a single individual with prolonged viral infection by virus-host co-evolution.

Currently, more than 220 million COVID-19 infections have been reported and 4.56 million deaths attributed to complications from infections. The moving average of cases has peaked at nearly 660,000 cases per day, while the average of deaths is close to 10,000 each day. Regionally, the Americas and Europe have seen cases reach past highs. These developments are made worse by both the return to school and the reopening of all non-essential businesses and travel.

The United States remains the epicenter of the pandemic during the delta phase of the pandemic. It has now exceeded 40 million reported cases and 663,000 deaths. The moving average reached 164,000 new cases per day, after climbing 14% from two weeks ago. The average number of deaths per day has risen to over 1,500 per day, an increase of 67% over the same period.

Hospitalizations in the United States continue to increase, with nearly 102,000 admissions for treatment. About a quarter of them are in intensive care units.

The pressure to get children back to school will only produce more devastating results, as the majority of them are not vaccinated. The American Academy of Pediatrics noted that for the week ending August 26, 2021, children accounted for 22.4% of the reported weekly COVID-19 cases, meaning that nearly one in four cases is part of this. layer of the population.

However, rather than acknowledge the failure and bankruptcy of the proposition that children should return to classroom instruction, CDC principal Rochelle Walensky gave the question its usual twist, saying during a point of view. press: “Cases, emergency room visits and hospitalizations are much lower in children and communities with higher vaccination rates. Vaccination work!

The Institute for Health Metrics and Evaluations (IHME) modeling projection, which estimates the total number of reported deaths as of December 1, 2021, has been revised up. The IHME now expects more than three-quarters of a million Americans will be dead by then, a social crime for which the capitalist ruling class and its two parties are primarily responsible.

Yesterday, a Johns Hopkins webinar pointed out that South Carolina, Tennessee and Florida are reporting more COVID cases per capita than any other state or country in the world. This demonstrates the deadly role – literally – of the far-right campaign against vaccination, masking, social distancing and all other public health efforts, led by Republican politicians like Florida Governor Ron DeSantis.

The policies of the Democratic governors and the Biden administration are just a slower path to the same destination, as reopening schools, social places and workplaces, with or without masking, means facilitating the spread of the coronavirus with all its horrific consequences.

During the Johns Hopkins webinar, one of the panel’s experts, Dr Bill Moss, executive director of the International Vaccine Access Center at the Bloomberg School of Public Health, pointed out that allowing hospitals in much of the country where the pandemic accelerated to be inundated with patients was a big mistake.

Dr Moss went on to say, “I think one of the most glaring failures of our society, one of our gravest sins as we come back to it especially during this wave, will be allowing hospitals to ‘be overwhelmed. We overwhelmed the hospital staff; we are seeing shortages of nurses, respiratory therapists and other hospital staff. We have seen limited bed capacity in hospitals, particularly in intensive care units in a number of counties and states. We are seeing oxygen shortages. And we just shouldn’t be in this place where our health care system is overwhelmed now that we … have three safe and effective vaccines. It was more understandable during the winter wave when the vaccines had just been rolled out. … But it does impact people who don’t have COVID and need health services. “

At the current rate of infections, the world will reach 300 million reported cases of COVID-19 by January 2022, the start of the third year of the COVID pandemic. With 5.4 billion doses of vaccines administered to date, the world will have reached 8 billion, or roughly one dose for every person on the planet, by the end of the year. But inequality in distribution continues to disadvantage poorer nations.

This inequity could be further exacerbated should it become necessary to administer mass booster vaccines in countries where the bulk of the population has already been vaccinated, particularly in Europe and America, due to the decline in vaccine effectiveness and the Delta variant’s increased ability to evade immunity.

It is also conceivable that if new strains create conditions in which vaccines are found to be insufficiently ineffective, major pharmaceuticals will have to return to the drawing board and manufacture the next generation of vaccines against the latest variants, with the frightening possibility that the global vaccination you have to start all over again.